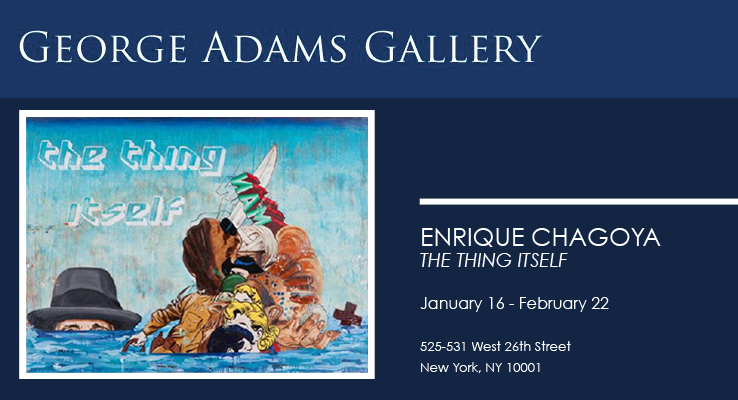 George Adams Gallery, designed by Murdock Solon Architects, will be exhibiting the works of Enrique Chagoya January 16 through February 22.

Born and raised in Mexico City and now a professor at Stanford, Chagoya often highlights the ongoing strife between the United States and Latin America.

Chagoya’s work has been shown internationally and is currently on display at the Museum of Modern Art and the Whitney Museum of American Art, among other locations.

Once a raw industrial warehouse, MSA designed George Adams Gallery to exceptionally showcase the artists’ work while maintaining a few of the building’s original elements, including the heavy-timber columns.

Visit the George Adams Gallery at 525-531 West 26th Street in New York. To view the gallery design, visit the project on MurdockSolon.com.